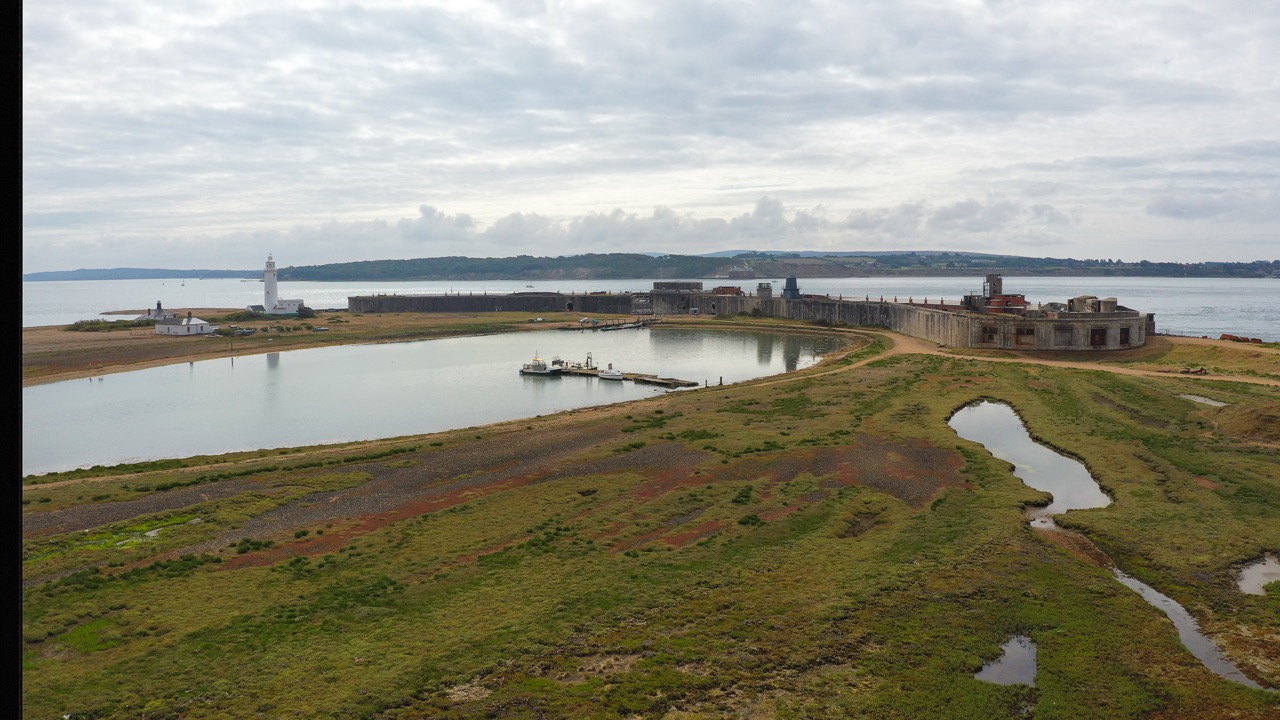 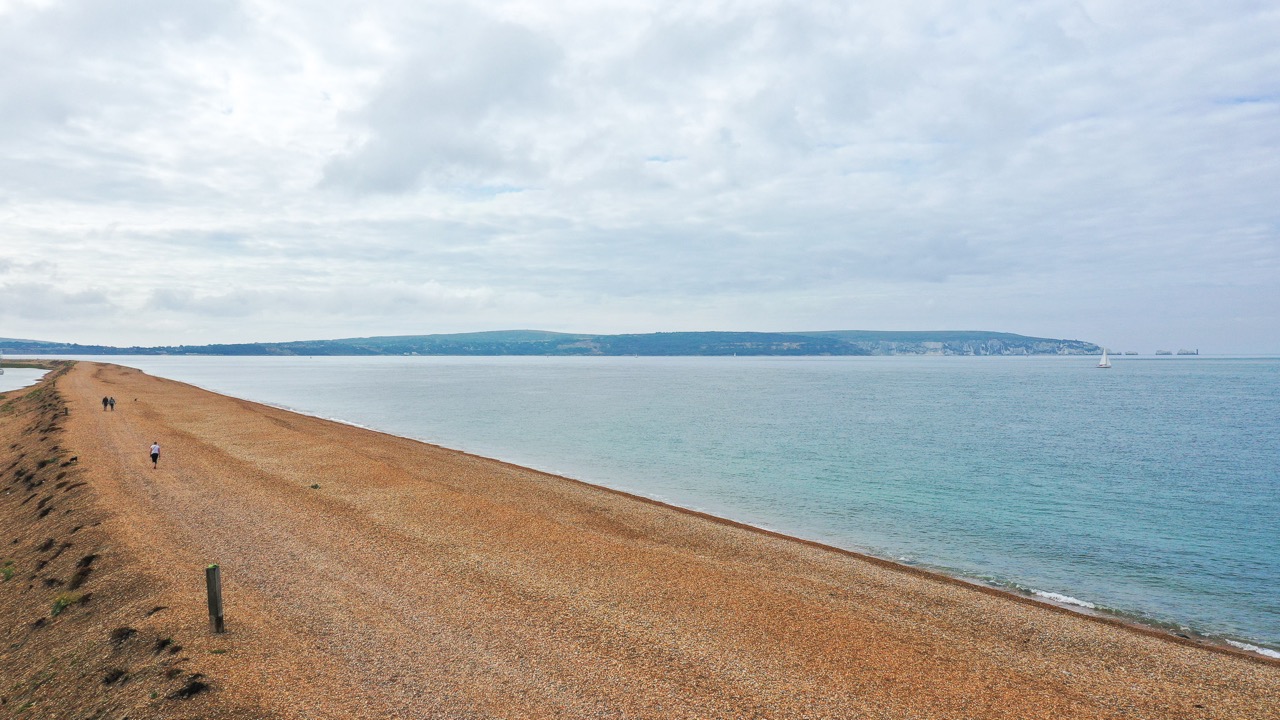 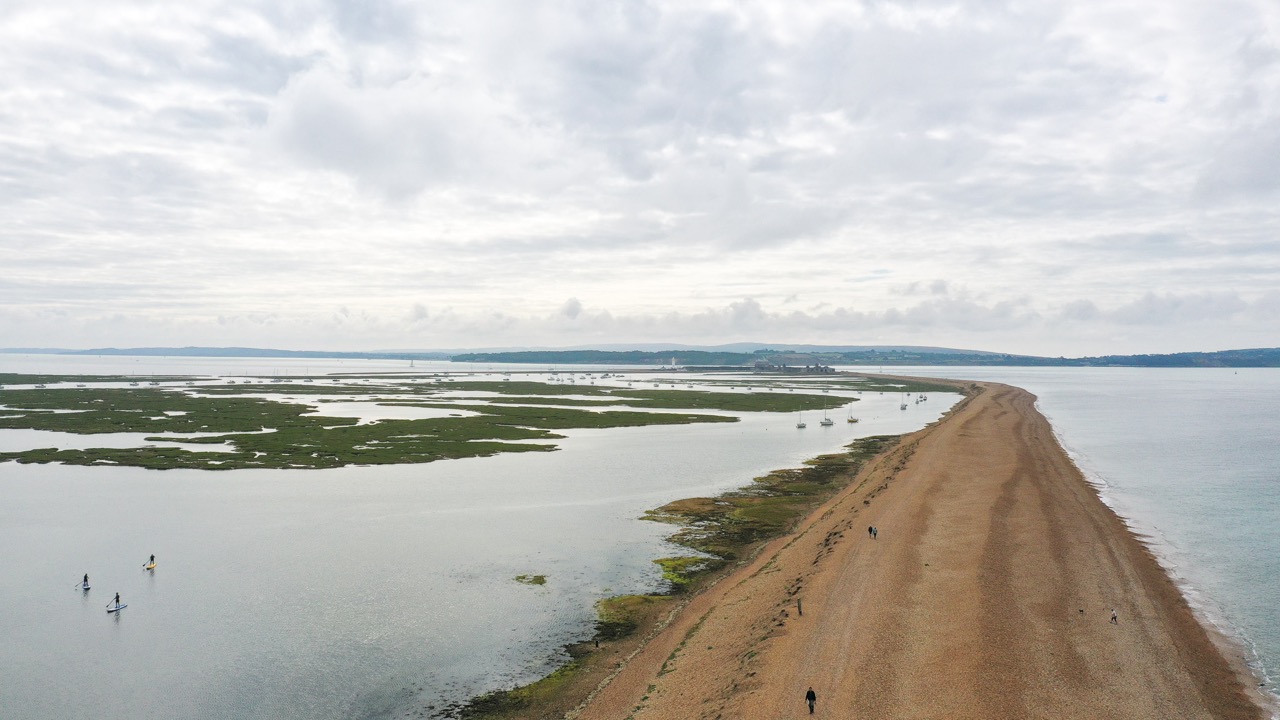 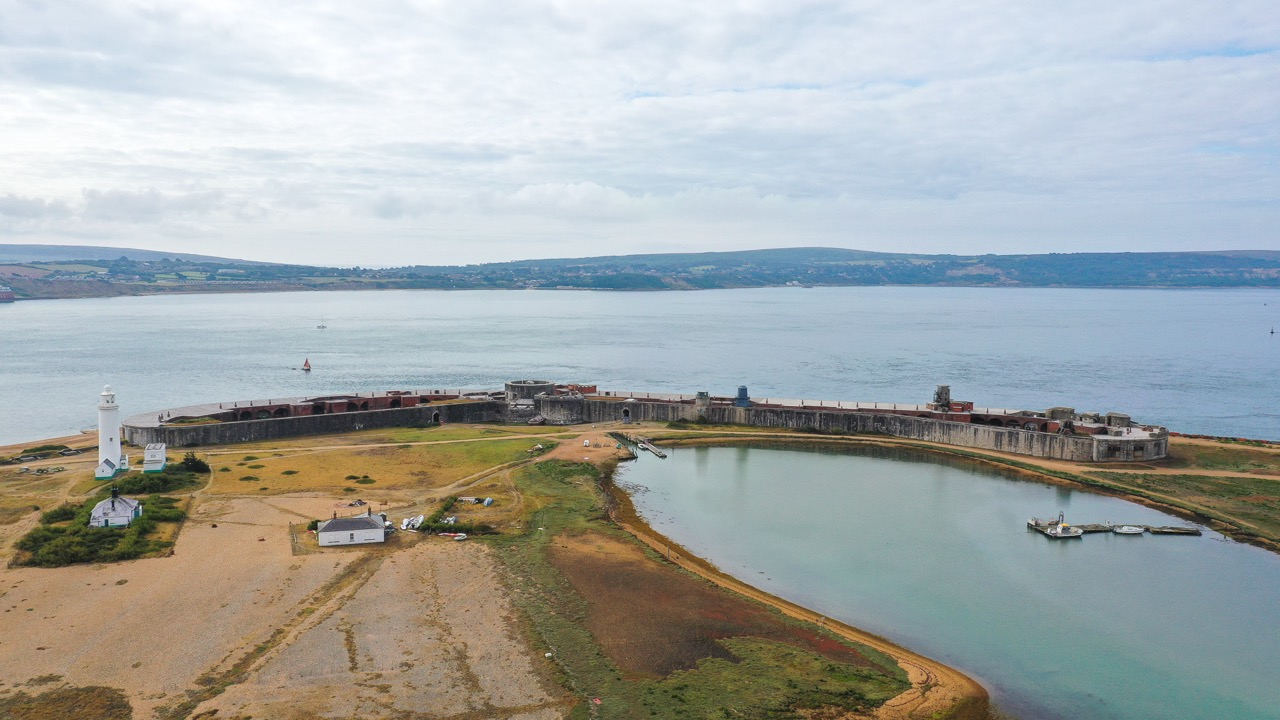 This event has sold out. Please follow us on social media to be notified if further places open up. We believe the Hurst Castle Off Road 1/2 Marathon is the most visually stunning 1/2 Marathon out there, bar none. The route is one big overload on your senses, a never-ending and ever-changing spectacular panoramic vista after vista. The views include, the Isle Of Wight, the Needles, Hurst Castle, the Solent, Lymington Marina, Keyhaven Marina, Lymington Salt Marshes, wildlife and constant movement of near by ships and boats.

The New Forest has been voted the best National Park in Europe and 10th in the world. It ranked higher than the Grand Canyon!

Setting the scene from the offset, the event starts on the sea wall by Lymington Yacht Club. The route weaves its way through the flat, well surfaced paths of the Salt Marshes towards Keyhaven, passing by the harbour before heading towards the shingle spit where you will get your first sight of the Needles and the spectacular Hurst Castle. The route then runs down the top of the testing, hard packed spit towards the iconic Hurst Castle which once protected the Solent from invasion. Either side of the spit are breath-taking views of the Solent and the Needles.

You will do a close up circumnavigation of Hurst Castle which represents the 1/2 way point of the course. The route then takes you back via the flat, well surfaced coastal path with the Solent and Isle of Wight dominating the views on your return to Lymington.

Please Note: We are unable to cater for Canicross at this event. 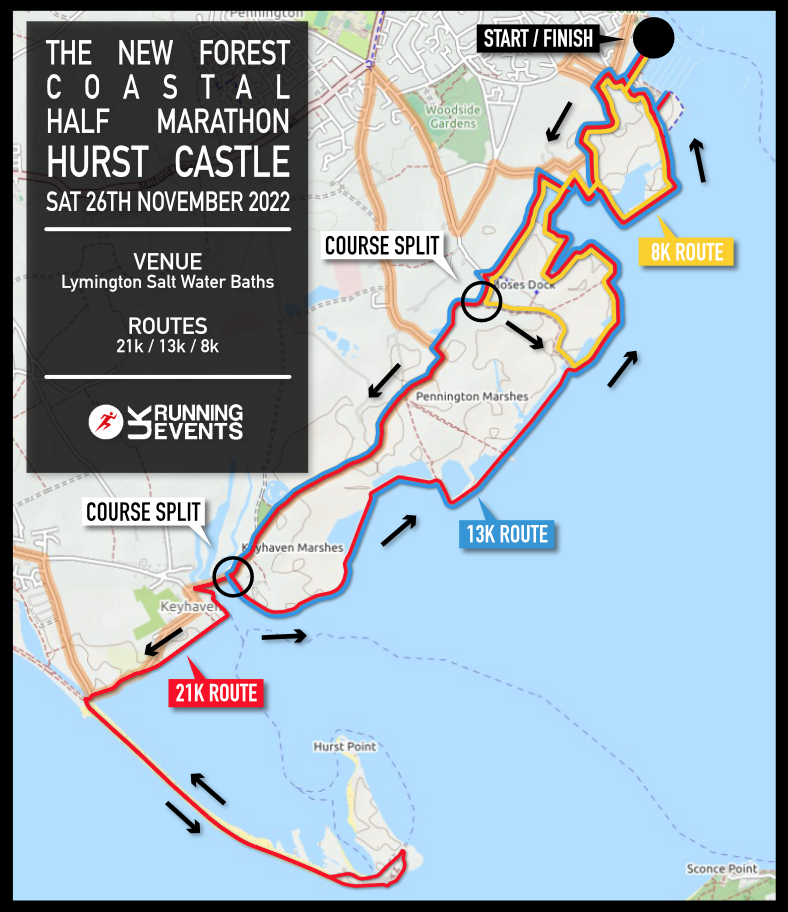 Save The Event Phone Number: 02033 717 156.
If you have your bib, there is no need to register on the day.
Bib numbers should be displayed clearly on the front of you.
We are plastic free, please bring a reusable cup / bottle for use at the water stations.
There will be First Aid support located at the on-course aid stations and event centre.

Spectators are always welcome at New Forest Coastal Half Marathon - Hurst Castle. We love that spectators further add to the fantastic atmosphere at the event.

The race will be clearly signed using PINK arrows and PINK tape.

We will also mark hazards and road junctions with 'Caution' signs. Please take care at these points.

The car park opens to allow runners to prepare themselves for the race and grab a coffee.

Your adventure finishes, you will cross the finish line and collect your bag full of goodies.

Your marshals were brilliant today. Loved the event and will definitely be back. Thanks

Absolutely loved that. So well organised, and what a fantastic route

Well organised from arriving to departing. See you next year

Great course, well marshaled by a cheery bunch!! Back next year for sure

It was an amazing morning loved every minute

I had a fantastic time. Well organised and well laid out route. Thank you

How Do I Enter A Group?

Use the form found on the event page to add each member of your team to the cart.

Can I Add More People To My Booking?

You will need to make a new booking. Group discounts are applied per booking only.

Can I Run With A Group Of Friends?

Yes! Please car share where possible as parking may be limited at the venue.

What Should I Wear?

Can I Get A Refund?

No, unfortunately we cannot. We can offer to transfer your ticket to a replacement runner if we are contacted two weeks before the event you have entered, this will incur a £5 charge. Please read our terms & conditions for further information.

Can I Bring My Friends And Family To Watch?

Yes! However, please car share where possible as parking may be limited at the venue.

Is There An Age Limit?

Our trail running events are open to ages 12+.

Can I Buy A Ticket On The Day?

Yes, if the event has not sold out. On the day entries are available and are subject to on the day pricing. Please see the event page for more information.

What Is Included In My Entry?

The entry pack (sent in the post approximately 1 week prior to the event) includes your bib number. At the finish everyone gets a medal, running socks, multifunctional headscarf and an eat natural bar.

Will I Receive Any Additional Information Before The Event?

Yes, we will send out a pre-event information pack via e-mail 1-2 weeks before the event. This will include confirmation of your entry, direction maps with parking and venue details & your start time.

Are Dogs Allowed At The Event?

Sorry, we do not allow dogs at our events unless it specifically states canicross on the event. Guide dogs and assistance dogs are permitted.

I Am Pregnant, Can I Run?

We would advise to seek medical advice prior to taking part in a trail run if you are pregnant.

I Have Lost My Pack Can I Still Participate?

Yes! Please contact us with your entry ID and we can arrange for a replacement pack to be collected on event day.

I Have My Bib Number, Do I Need To Register?

No. If you have your bib number you just need to turn up on the day, warm up and head on out at your start time.

Is Water Provided On Course?

Participants are encouraged to bring their own water and nutrition to the event. Emergency water will be available at the aid stations. Please bring a reusable cup / bottle if you think you may need to use this.

Can I Wear A Gopro?

You are able to wear an action camera yes. It is your own responsibility to keep this safe and undamaged.

When Do I Get My Results?

We will send you your result via email once the event has taken place.

Worried about losing your money due to unforeseen circumstances? Add ticket protect and receive a full refund if you are unable to attend the event. See full terms and conditions here. 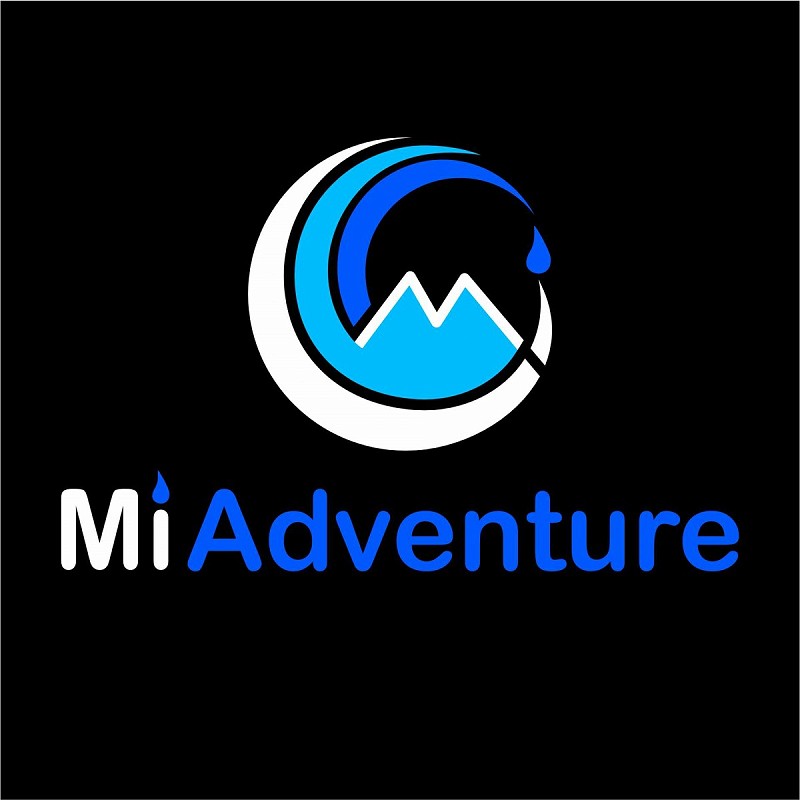